A story plagued with pitfalls

In the last decade, 3D technology became so popular that almost any mid-range television could reproduce 3D content at home. Cinemas routinely showed 3D films. Of course, they always required those uncomfortable and awkward active or passive glasses.

And the culprit is: the glasses

For years, viewers had to put up with using annoying glasses in cinemas for the sake of a unique experience. Not to mention the cost of the glasses: distribution, delivery, losses, breakages, control and hygiene expenses, among others. It is clear that the public wants 3D—just not that 3D.

In television, developments took an even worse turn: having to use 3D glasses ended up ruining the experience entirely. The cost was high, the batteries ran out and the whole set-up did away with all the spontaneity people have come to expect of TV. 3D ended up at death's door thanks to those pesky glasses.

Since the British scientist Charles Wheatstone invented the stereoscope in 1838, the quest has been on to find a way of viewing 3D images without glasses or any other similar devices. No one has managed to do this, until now. InnovaScope3Dm has just obtained two international patents for the reproduction of 3D content with neither active nor passive glasses, just the naked eye.

InnovaScope3Dm can finally offer 3D technology without glasses or any other device, natural 3D, with no limits on the resolution or size of the screen, or on the position and movement of viewers. It is an easy-to- integrate system based on existing technology, with no need for specifically developed components, and it works for both cinema and television. InnovaScope3Dm offers viewers a natural experience: just sit down and enjoy the ride.

Autostereoscopic systems for simple integration into LCD, OLED, plasma or any other technology, based on patent WO/2016/128157. Funcional prototype JDM-TV4

Autostereoscopic systems for cinema in any kind of theater, from private to commercial, based on patentWO/2015/193222. Fully functional prototype JDM-Cine1

Development of customized systems and solutions for reproducing multimedia content

Customers dream the dream; we make it come true. Ask us, and we'll do it!

HOW WE DO IT

Thanks to the TransFocus3D, or TF3D, system, using a conventional LCD panel, the desired image is projected to each of the observer's eyes. The lighting system detects and identifies the left and right eyes of each observer and focuses a beam on each eye. Placing an LCD panel in front of each observer, the image from that panel reaches each eye. The result is an autostereoscopic system showing 3D content using existing technology, with no limit on the number of viewers, their position, their movement, or the resolution of the LCD panel. The system may also be integrated into other technologies, such as OLED or plasma. All of this has been fully tested using our 3DM-TV prototypes. These are real prototypes in real operating conditions. Unfortunately, we can't show you the result on a conventional screen. Demos are available on request.

Using the patented DLAT system, it is very easy to transform a conventional cinema into a 3D movie theater: Simply place a specially designed matrix of lenses between viewers and the screen. Our system works for both frontal and rear projection. Since cinemas have fixed seating for spectators, there is no need to track the eyes of each individual viewer. The DLAT system creates an area in which each viewer perceives the 3D image, with no need for any special glasses. Outside of that area, viewers will continue to see the projection, in 2D, with no distortion whatsoever. No special projector is needed: conventional passive 3D projectors will work, or alternatively a pair of conventional projectors with their respective polarized filters. Time for a demo: As it is impossible to show real 3D in standard screens, here's a demo showing two different static images–one red and one blue– being projected separately to each of the observer's eye:

Demo: Two different images being projected separately to each of the observer's eye. DLAT Technology.

In addition to showing 3D content, the TransFocus3D system, or TF3D, enables multiple applications to be developed and integrated, such as screens producing different content for each viewer. This kind of equipment has direct applications in::

In addition, the TF3D system also allows each viewer to choose between 3D and 2D content, with no effect on the rest of viewers. Unfortunately, we can't show you the result on a conventional screen. However, we can explain how it works. Please visit our Youtube channel for more demos and videos. 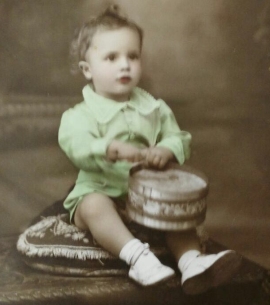 Juan has devised and patented our glasses-free 3D systems. He is the driving force behind the InnovaScope3Dm project. Juan is an expert in complex optical systems. You can see more in his personal site 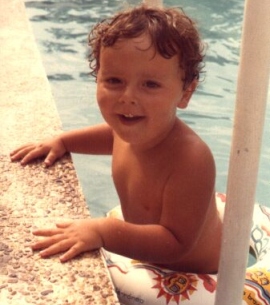 Emilio has managed to put our brainchild into practice, by developing the prototypes, managing their assembly and laying the groundwork for manufacturing our 3D systems. He creates order from chaos. 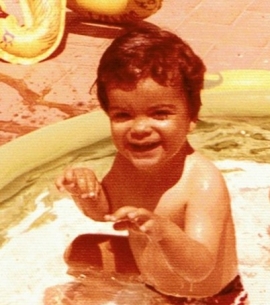 Tomás solves all our impossible problems to do with coding algorithms and their application. 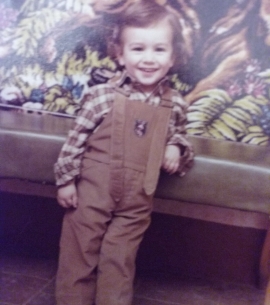 Raúl bridges the gap between ideas and practicalities, choosing the right electronic components, and programming them. 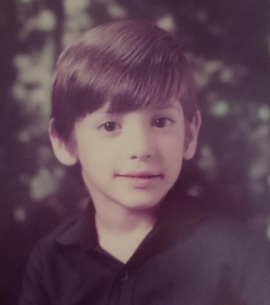 Javier is our other star problem solver for coding algorithms and applying them. 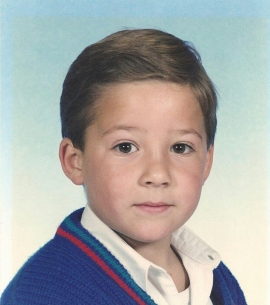 José Antonio solves our practical issues, like choosing the right materials, designing the mechanical and electronic components and assembling them.

PATENTS AND LICENCES
Our systems are proprietary and they are protected by international patents, including WO/2016/128157 Y WO/2015/193222, and many others InnovaScope3Dm is also in a position to license its technology so that other companies can integrate it into their own products in a simple and very cost-effective way. There are various ways to do this. Interested? Let's talk!
FURTHER INFORMATION
InnovaScope3Dm combines various technologies to reproduce 3D content with no need for special glasses, for both cinema and television.

The system for reproducing 3D content for television is based on LCD, OLED, plasma or similar technologies, in combination with an optical matrix system, an electronic system to track each viewer in real time, a lighting system and an electronic control system. The combination is known as TransFocus3DM, TF3DM, and the content is shown through transparency. This way, our system can offer any resolution and work with any format that can be achieved using LCD technology, with no limit on the number of viewers who, to cap it all, have no restriction on their movement. TF3D does not require any specific component to be developed: it is all in the market already, and it is easy to implement and to integrate into existing designs.

The system we have developed for use in cinemas is based on our DLAT, Double Lenses Array Technology, developed entirely by InnovaScope3Dm, combining a series of optical, matrix and mask elements comprising polarized filters, accompanied by a conventional screen on which to show the 3D content. Anyone outside the designated area will be able to see the images in 2D, with no distortion whatsoever.

As well as cinema and TV, the systems developed by InnovaScope3Dm have numerous direct applications. These include:

InnovaScope3Dm focuses on research and development of optical, multimedia and related systems.

InnovaScope3Dm focuses on research and development in the field of optics, image, multimedia and related systems. Despite being a young company, the InnovaScope3Dm team includes engineers with extensive experience in their field, a talent that has enabled us not only to obtain international patents, but also to develop and build the necessary prototypes to verify the physical basis of our inventions and their operation under market conditions. InnovaScope3Dm systems are developed and designed to be simple, easy to integrate and manufacture. Todays's market calls for simple and reliable products. For further information, please contact us.

If you need further information, please, contact us
Please fill in all of the required fields
ARRIBA